In response to the COVID-19 (coronavirus) outbreak and in line with national guidance, we have suspended our private elective admissions as we support our colleagues in the NHS.

We are continuing to provide outstanding care for private patients within the Trust’s urgent care pathways and we are also offering selected outpatient consultations via video conference or telephone.

If you are an existing patient and have any questions about your treatment, please contact your consultant or their secretary directly.

For new patients that require urgent treatment or would like to be kept informed of when we can begin to accept elective admissions, please call our enquiry team on 0208 909 5114 or complete the contact form.

We want to thank you for your understanding at this time.

History of the RNOH

The RNOH was founded in 1905 with the amalgamation of London's three specialist orthopaedic hospitals into a single centre of excellence and can thus trace its history back over 150 years to 1838.

The hospital is located on two sites. The main site, the 'country branch', is located in 112 green belt acres at Stanmore with the 'town branch' located on Bolsover Street, central London. The town branch was also located at 234 Great Portland Street up until 1984.

During the First World War, the hospital became an emergency hospital for the military and in early 1918 also housed discharged disabled soldiers. King George V and Queen Mary visited the hospital on two occasions.

1920 saw the start of a hospital funds appeal, with the first annual fundraising event 'Buttercup Day' being launched by HRH the Duke of Gloucester, Patron of the RNOH. In the 1930s the hospital became known as the leading centre for the treatment of poliomyelitis and tuberculosis and in 1936 the building of the then called 'Stanmore Cripples Training College' was started.

The RNOH was at the forefront of significant advances in the treatment of orthopaedic conditions in the first quarter of the twentieth century. Advances in scientific investigations made the diagnosis of disabling conditions more accurate, and often at an earlier stage in the patients illness. This meant that patients for whom there would be no possible cure then had the opportunity to be relieved of their pain and deformity.

The RNOH saw the outbreak of the Second World War with many 'Nissen' huts being erected to house civilian orthopaedic cases and casualties. Patients were brought from across the country, including those from hospitals near the coast, areas close to airfields and other military installations. 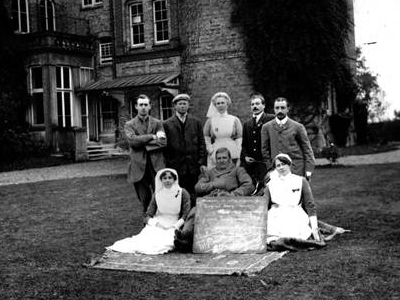 In 1945, the RNOH was recognised as a postgraduate teaching hospital and it was recommended that an Institute of Orthopaedics should be founded and that it should be associated with the RNOH. With the formation of the Institute came a joint appointment between the two centres, that of Mr Herbert Seddon, who in 1964 was awarded a Knighthood for his work in Orthopaedics.

1948 saw the start of the National Health Service from which time the RNOH became an independent teaching hospital. The RNOH's work into orthopaedic care continued when in 1950 the hospital moved into the treatment of scoliosis, back care, leg inequality, hand and peripheral nerve injuries.

Training and research has played an important part in the hospital's work, resulting in the development of dedicated units, the training and teaching of consultants overseas as well as UK medical students and nurses.

In 1979, HRH The Prince of Wales opened a Rehabilitation Assessment Unit, built with funds raised by the British Motor Racing Drivers Association, in memory of Graham Hill who had once been a patient of the hospital and a Council member of the Friends.

Following years of research and treatment into spinal injuries, the RNOH opened one of the first of its kind, Spinal Injuries Unit. The London Spinal Unit was officially opened by HRH the Princess of Wales in 1984. 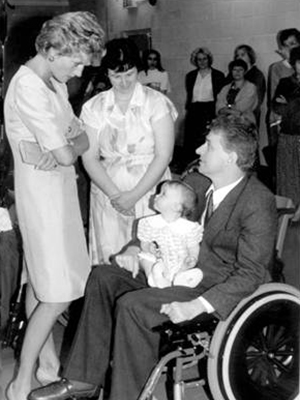 In this new millennium, patients continue to benefit from a team of highly specialised consultants, many of whom are nationally and internationally recognised for their expertise and experience. Consultants are supported in their work by nurses, therapists and other specialist clinical staff, who are trained under our experts in their fields of orthopaedic care.

Today, the RNOH is acknowledged as a leading centre of excellence offering a unique range of neuro-musculoskeletal services ranging from the most acute spinal injury or complex bone tumour to orthopaedic medicine and specialist rehabilitation for back pain suffers.

The hospital continues to play a major role in teaching with one in five orthopaedic surgeons in the UK training at the hospital, and continues the tradition of leading edge and innovative research and development through the Institute of Orthopaedics and Musculoskeletal Science.